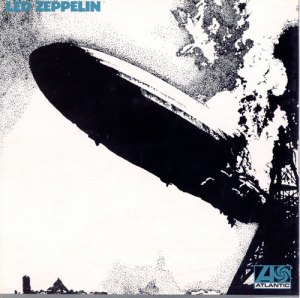 The iconic and short-lived original version of Led Zeppelin’s debut featuring the famous Hindenburg air disaster. The so-called ‘turquoise’ version was replaced within a matter of weeks with the much more familiar orange version. 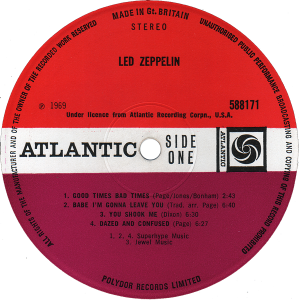 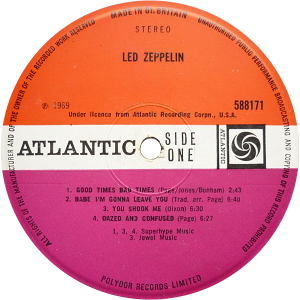 The 2nd press label (below left) corrects that to ‘Warner Bros.’ 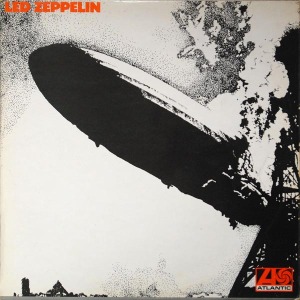 Note the grey stripe at the base of the front sleeve on both the orange and turquoise versions. Also, ‘Uptight An’ Outasight’ information on rear sleeve is common to both. 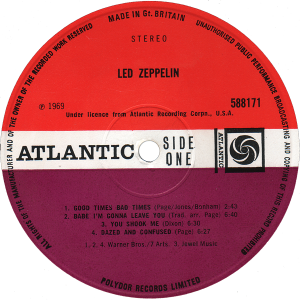 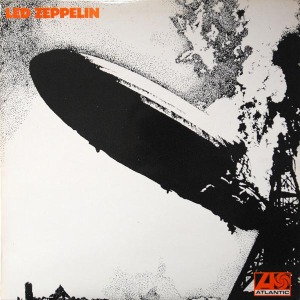 This first reissue on the green and orange label now features the new Kinney coding system, the grey stripe on front sleeve has disappeared and also replaces the ‘Uptight An’ Outasight’ wording with the text “Distributed by Kinney Record Group Ltd” on the rear sleeve. 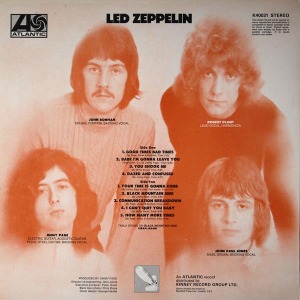 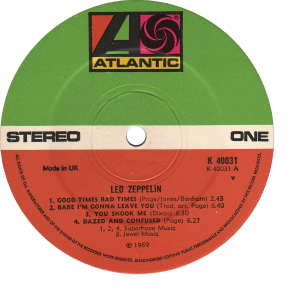 Note the copyright wording on this first reissue label is all contained within the bottom orange segment and there is no ‘W’ logo after the wording. Later mid-70s reissues have this text running through the white band and into the green segment and with a ‘W’ logo at the end.