Hard to find on the original pink Island label, this 1970 one-off Fotheringay album (they disbanded in January 1971) in particular features some sublime guitar from Jerry Donahue (definite future influence for Mark Knopfler) as well as top class vocals from Sandy Denny (no wonder she was the only other vocalist to appear on a Led Zeppelin LP). The more folky/renaissance style tracks work better for me than the country influenced ones but it’s still an essential addition to your record collection: 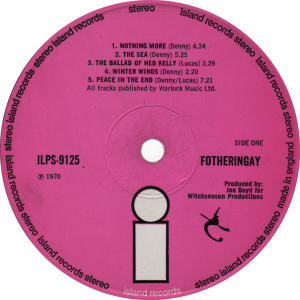 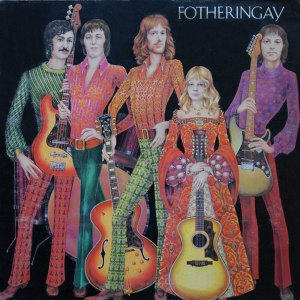